The 10 Most Annoying Things About Airports 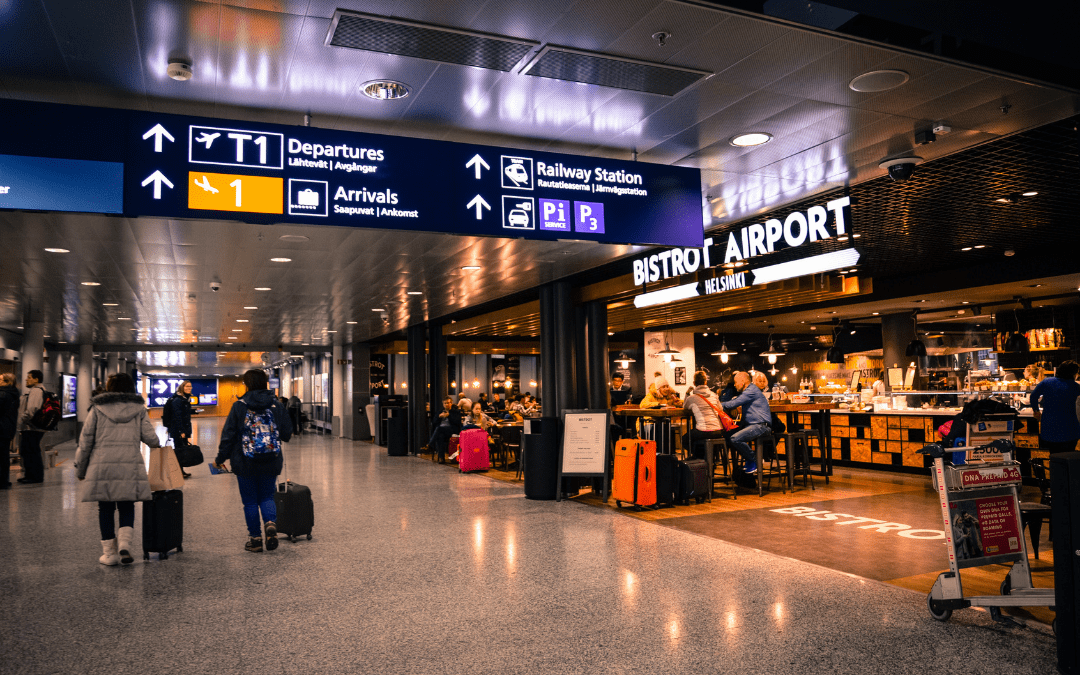 Airports: where most aspects of common sense seem to dissipate almost entirely. Yes absolutely, what a perfect place to stand in the middle of a walkway. Is it just me or does a large proportion of the human race forget how to control simple functions and commonality when they have a suitcase and boarding pass in their possession? That moment of utter confusion when passengers walk out of the plane on arrival like they have almost literally landed on an alien planet. It’s an airport people! They mostly look the same on arrival – follow the damn signs to immigration/baggage claim/exit and please keep moving so you don’t block everyone else’s first taste of arriving on an alien planet.

As many of you know, I seem to spend a substantial amount of my life in airports or flying through the sky, and I certainly just try to have fun.

So here are the 10 things I find most annoying in airports.

1. Those super-diamond quadruple, triple-platinum sapphire whatever you call it frequent fliers. Yes, I’m a frequent flier but I don’t act like an asshole about it. This comparison of status has got completely out of hand in my opinion. People even do what is known as “tier point runs”, which is a group of flights over a few days, for no reason whatsoever other than to get or retain an airline status. For what? Skipping a queue or occasionally thinking you are “elite status” by getting a slightly better seat without paying for it? I often get judgmental looks in airline lounges for wearing a hoodie and cap or talking slammer drinking videos. Just because you have airline status doesn’t mean you need to be a snob.

2. Why do I have to show my boarding pass to buy anything? Literally anything. How many times have you been sat with someone, gone for a walk, decided to buy something so small as a bottle of water and found yourself helpless? High-end retailers want user demographic data who is spending money on expensive bags and goods. However, is the fact that I am flying to New York City really going to help Twix with marketing?

3. Security lines. Of course, they are and always will be a part of airports, but the thing that often makes security lines unbearable are people that act like they have never been through one. You know, those people asking if they can take that type of bottle through, or this device. Read the damn instructions! Please and thanks.

4. People that block the way. In any walk of life, it’s completely understandable that people take their everyday life at a different pace. Some people want to stand around, have a look at something in the street, goodness, even stop in the middle of the street. However, please refrain from doing this in an airport. Almost everyone in an airport is trying to get somewhere, with limited time. We are usually all in a rush here, so standing blocking the middle of the travelator or stopping dead staring at the departure board like it is your favourite TV series while blocking the path with your bag, is simply not cool.

5. Overpriced awful food options. Sure, sometimes there are some great options in airports, but let’s be honest, none of us really want to be eating in an airport. One slice of ham on a “sandwich” for $10? It’s deceiving, stale and disappointing.

6. People taking up more than one seat in the airport. Do you know those people that have evidently had a much more difficult day than everyone else and need a seat for each one of their bags? None of us like those people. If the airport is busy, have some courtesy and let others have a seat too.

7. Boarding stampedes. Also referred to as gate lice these days. I do understand the need to board early particularly as no one wants to check-in luggage on short-haul and need to secure a space in the overhead bin for your bag. However, cutting in line or even queuing before the arriving plane lands (let alone deplanes) is just bad airport etiquette. Not everyone can take carry-on luggage that pushes the dimensions to the limit, so perhaps just check your bag and save a lot of hassle.

8. Noise pollution. No one wants to hear your games on your phone or Skype conversation on maximum volume. Do everyone a favour and buy a pair of headphones (or just use the pair you probably have).

9. Children. Or perhaps more precisely parents that let their kids run riot screaming. Most people are stressed enough already at an airport. Don’t let your kids make everyone else’s day worse as well.

10. People that re-pack their overweight bag at the check-in counter. Most of us have done it once or twice perhaps, but don’t delay other people. Sometimes you have to pay extra or just figure it out on your own time … at the back of the queue. There’s a reason why there are scales near the entrance.

Bonus (if you can call it that):

People using the bathrooms like no one else is around. Now the worst of this behaviour I have found particularly in Dubai or other big connecting hub airports where hoards of transit passengers think it is acceptable to wash their feet in a sink. Nope, just please don’t.