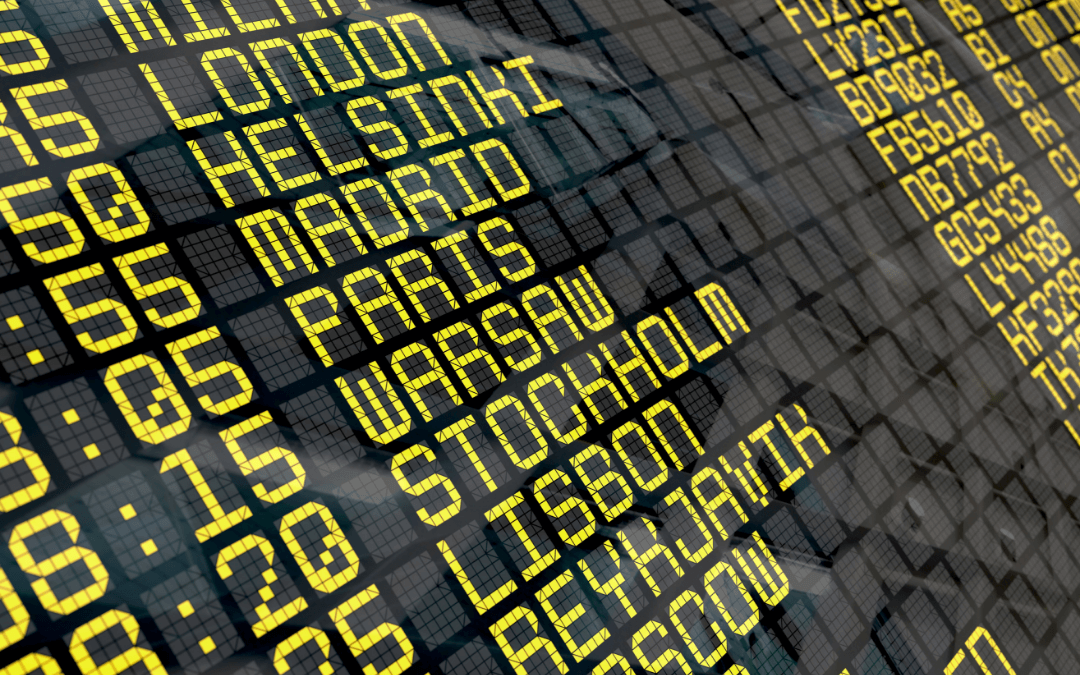 The ever-coveted crown of the world’s best airport is one that is often written about and ranked. For argument’s sake, if I had to choose my favorite airport it would be Singapore Changi, with its rooftop open-air bars with a great view of the planes in a cactus and butterfly garden. A four-story slide (yes, inside the airport!) and cinema, are just a few other features that make Changi the undisputed king (or queen) of airports.

However, what airports should be avoided? We all have airports we love to hate and unfortunately cannot avoid. So here are the top 10 worst airports.

This airport is a bit of a novelty on the list, and actually the only one I haven’t visited. This airport was intended to be a rival to Madrid’s main Barajas airport (which also makes the list). However, this ‘Madrid’ airport is a whopping 235 kilometers (146 miles) south of Madrid. Understandable then that the airport was sold for just €10,000 in 2015, after costing €1bn to build. Additionally, the new airport owners are trying the find the mystery owner of an MD-87 plane parked there. So, if you happen to have misplaced your plane (an easy mistake to do), it could be in Madrid (plus 200km).

Edinburgh airport is okay. Nothing more, nothing less. It’s just a standard regional airport. That all changes at the taxi rank though, which propels Edinburgh securely into the top 10 worst airports. The taxi rank situation is abysmal. Coming off a flight and waiting for nearly an hour for a taxi and 30 minutes for the next bus as your two options is not how any airport should work.

One of the only positives about Madrid’s main airport is its grandiose design of Terminal 4 … from afar. However, that’s about as far as the positives go. Up close, the terminal looks like the unattractive concrete and ghastly yellow-painted structure it is. Be prepared for long walks through this terminal. I have missed a connection at this airport once before, and Iberia Airlines seem intent on selling short connection flights with a change of terminal between their subsidiaries. The experience at Barajas is only made slightly better by the fact they have a McDonald’s (and a fairly decent pay-for-use airport lounge if you have a long connection).

Unfortunately for one of the world’s best cities, Paris boasts a collection of very average airports. Charles De Gaulle is the main airport, and it’s widely regarded as being dirty and disorderly. Reviewers go as far as to say it should be demolished. One thing is for sure, CDG is one of the worst excuses for a major city airport hub.

To put it simply, Stansted should not have London in its title and can look more akin to a homeless shelter than an airport at times. With so many early morning low-cost flights, many people travel here the night before and camp out. Impolite staff at security (thinking they are doing God’s work in a war zone by the way they bark at passengers), combined with rude staff at immigration, make Stansted a pretty miserable experience. Consistently.

Disrespectful staff and overcrowding are just some of the problems in an airport that closely resembles a warehouse. The biggest issue I seem to have time and time again when I depart from Domodedovo in Moscow is the two-lane road leading up to the airport. This is the only way in and out and every single time traffic is backed up for what can seem for hours (and sometimes literally so). I have seen passengers abandoning their cars and dragging their bags down the final straight of this road in order to catch their flight.

The best thing about Schönefeld is the fact that it feels like you are on a history trip. This feels like the Cold War stepping foot in Berlin’s worst of a bad bunch of airports. The deceiving or perhaps outdated wall art would make you think George W. Bush was still the U.S. President. However, you can always buy a current newspaper at one of the two newsagents in this poorly provisioned airport.

LGA consistently has a reputation as one of the worst airports. LGA is currently undergoing renovations, yet this has made it more inconvenient for New Yorkers, who nickname LGA, La Garbage. Cramped terminals, non-state-of-the-art check-in desks and crowded drop off areas contribute to LGA’s reputation. LGA gets the job done with no frills or much care for passengers’ experiences. Hopefully, this will change once the renovations are complete.

Flying to Paris? Paris Beauvais will have great deals for low-cost airlines, however, much like Madrid’s Adolfo Suárez Airport, it is far from the city (135 kilometers to be exact). The airport feels chaotic and rushed. If you do happen to make your flight through the mayhem, you could always get a first or last taste of Paris through the overpriced boulangerie. €14 for a baguette with a piece of cheese on anyone?

Perhaps the most amusing review I have heard about Luton is that it “looks like the aftermath of a humanitarian disaster.” Technically inaccurate, but might hold some merit. The public transportation is difficult; train tickets needing an ‘add-on’ bus ticket from the train station. Who wants to get off a train from London, then queue for a bus, to the queue for security? Absolutely no one. Almost everything at Luton is charged for, from passenger drop off at the terminal, plastic bags for liquids and ‘queue jumps’ at security. All in all, Luton knows how to entirely ruin the passenger experience.