‘Influencer’; There is no such job title. 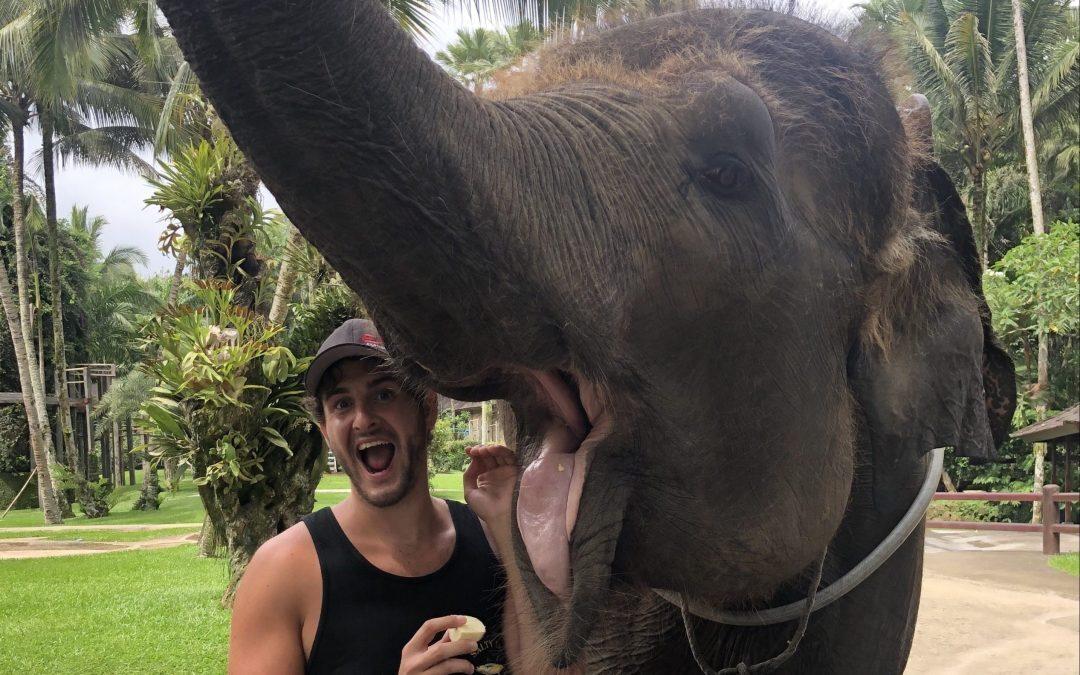 Instagram husbands/wives – the apparent term for the person waiting for the other end of a camera shutter to take the ‘perfect picture’ of a beautiful location, with an ‘influencer’ potentially wearing a beautiful outfit, that could potentially be shared with fellow ‘influencers’ in a future grand reveal blog post. Note: for extra ‘beauty’ it is worth attempting to edit as many real people out of the photo as possible, to make the capture look incredible, yet highly unrealistic. Very few people these days are actual travelers who influence travel in my humble opinion.

I have travelled to every country in the world. That’s 196 countries, but that number is widely open for debate. The biggest lesson I learned on my travels – which are still ongoing as I spend over 300 days a year on the road now – was that as Christopher McCandless would testify to; happiness is best when it is shared. I once watched the sunrise in Kiribati, a small and remote island in the middle of the South Pacific.

That is the first inhabited country in the world to watch the sunrise.

The country also got a huge influx of year 2K tourism, when many people believed the world would abruptly end. Anyway, I digress. I too watched the sunrise on the furthest eastern beach, and there was a moment of realization for me when I looked to the left and the right that the beach was completely empty. Just me. I was quite literally the first person to watch the sunrise in the entire world on this day – and as amazing as that was, I stopped to think for a second; ‘wouldn’t it be cool if I could share this moment with someone’. Note, I’m also colorblind so it’s useful when people can point out where the cool shades of colors are that I struggle to see.

I also spent about 4 months in West Africa, traveling South from Mali down to the Democratic Republic of Congo, where I must have taken no more than 20 photos in 4 months, and although not on purpose, to a large extent it was liberating. I was not having to show off a distinction to anyone, nor ‘prove’ where I was, I was simply traveling.

Now, although I do appreciate and respect people that take great content (and I certainly take average pictures at best), what has now reached a breaking point is when everyone is trying to do the same thing. Articles aplenty online of ‘the most instagrammable spots’, and what’s always missing – seems to be the reality of the situation. No, I don’t like eating my breakfast from a floating tray in a swimming pool in Bali. I personally like to eat my breakfast, and then possibly get into a swimming pool afterward.

But hey, it looks pretty, so many people now capture this.

Separately, if I take a bath, I quite like to relax, maybe put a floaty duck in there, or if I’m feeling really wild, some bubbles – but nope, I don’t want to fill up the tub with flowers for Instagram. In my opinion, that is not influencing. I feel that anyone that calls themselves an influencer, actually influences less than they may imagine, as time is largely consumed by beating Instagram algorithms and taking that ‘perfect shot’ that is prettier than the last ‘Instagrammer’. Sure, that beautifully crafted picture in the Maldives looks great, and hell, even I’ll give it a double-tap, but I won’t remember it, or your story, or even your long written message that attempts to be inspirational, because let’s be honest, regurgitated pictures of that trip to Santorini gets boring after a while.

I want to see your story.

I want to see what you see and immerse myself in your adventure. Because if you keep chasing that perfect shot, I promise you you’ll never win. There will always be someone that can do it better, that has more followers, and is even a better editor. I want your story. That’s why I follow people, and they influence me.

Let’s look at another recent example. I am a huge aviation geek and spend a large part of my life on planes. One of my favorite accounts was a pilot (that I won’t name) that had such a unique opportunity to capture content from their office – a flight deck. Behind the scenes access to inside and around an aircraft (company permitting), that was so cool for me to observe. And yet, that was before. Now, the account is one big product commercial with discount codes and almost none of the original content that got someone to an influential status, to begin with.

So, here’s a look at some of the accounts that actually influence me

and I enjoy following due to anything ranging from their incredible stories to their real personalities that are conveyed (I have heard enough people say ‘oh, I’m different when you meet me to how I see on social media’ – why? Why would you be a different person, that perplexes me), or of course an incredible talent that is beyond finding Bali’s most beautiful coffee shops and editing out of the picture the people that bring said coffee shop example to life. Keep it, real people. Be you, find your niche, and then you may be called an influencer – however, let other people decide that, to call yourself an influencer with no other accompanying ‘job title’ of talent likely makes you marginally deluded:

A professional winter athlete and a very personable guy. I met Andrew at the GoPro mountain games because of his awesome dog @kickerdogmuse first and foremost (as his golden puppy will do anything from surfboarding to paragliding, but Andrew’s content is incredible and original with his own touch. The creator of My Tiny Home adventure as well, where Andrew was driving around the US in his coveted RV with his puppy, there’s an incredibly moving story as to how Andrew and Kicker ended up together. Check it out yourself.

I actually met Dimag Ozgum in Bali and was instantly hooked on his ‘go and get it’ attitude, which comes across visibly through his Instagram channel, which is real, but laced with talent. One of the people that didn’t just talk about wanting to go and travel the world. He upped his life and went out and did it with just a few dollars left to his name. A motivational guy that keeps life real on social media

With a unique niche where pilots can essentially capture moments that most of us can’t, it is a shame to see many of these accounts moving towards a model of capitalizing on their followers and moving away from awesome content. Susy has an awesome account and right now she’s getting back into training to move to fly the a320 after having her first kid. I’ve never met Susy in person but she keeps her life to everything it accurately is on social media, that I feel like I have met her.

The original points guy certainly keeps life real on social media. His story is great and one of success but he isn’t one to rub it in anyone’s face. With a few adorable pugs and a group of people around him on social media that he seems to have a great time with, his knowledge on travel is to give the viewer an honest, and funny view or what he does and doesn’t like.

Mic is one of the kindest and happiest people I have had the pleasure of meeting on this platform. An amazing content creator and a huge heart, I can’t help but have a huge grin on my face whenever I follow his content.

I met Margarita in London last year, and I personally love how she has so many different things going on from conservation with penguins (go check out those awesome pics) to mixing in beautiful travel shots. Margarita gets the mix right and you feel like you’re actually part of her story, where she keeps it very real

When the mix is just right. Vanthuyne takes amazing content that is adorable with her son. It feels so natural and will make your heart melt with a dose of serious wanderlust for Canada.

Thor is on an incredible uninterrupted journey to every country in the world – without flying! His journey has been going on since 2013 and is due to finish in 2020. It is raw and personable and he shows the real difficulties he faces.

Great photography, natural pictures, and a little editing. Hans does a great job of capturing great shots and lets his camera do the talking, not his editing software.

I actually feel this little chihuahua-pinscher pup has a personality like a human because of the awesome job her mum does at bringing her page to life. Incredible cute, funny, and quirky!