What is the best airlines in China? 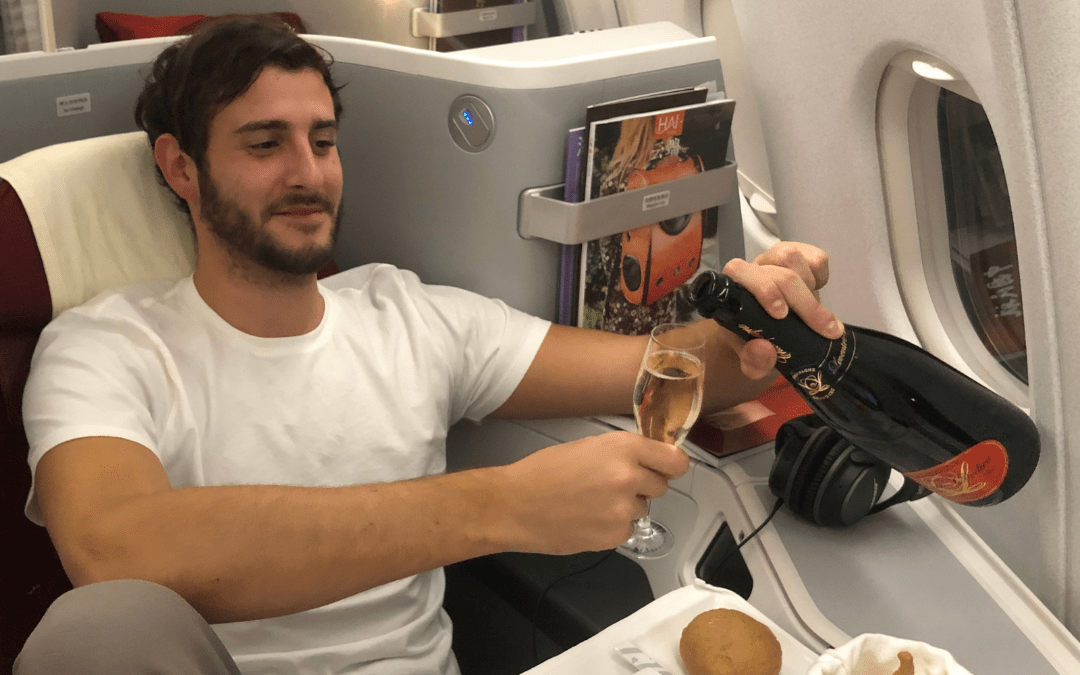 What is the best airline in China? There is a decent amount of competition in China, which is similar to the United States, but not many reach the standards we would hope for as passengers. We all have complaints about all the best airlines in China and the U.S., with very few standing out as number one. However, China’s Hainan Airlines has changed the game for flyers and competitors.

Many of us know of the airline rating authority, Skytrax, but far fewer know that there are actually only eleven five-star airlines in the world. People often presume that the highly acclaimed Emirates is a member of the five-star airlines, however, this is not the case. Many different factors are considered when determining which airlines will be granted five-star status. However, for me, the most important aspect is the cabin crew.

“The cabin crew on a flight plays a considerable part in your flying experience.”

Many airlines focus their marketing on their first-class standard suites and their “hard product”, yet they often fall short in terms of soft product – the crew, service, food, and beverages.

When it comes down to the best soft product, there is one distinctive best airline in China, which also happens to be one of the elite five-star airlines of the world – Hainan Airlines. My opinion is not based on one good flight or experience. I have flown Hainan on multiple routers and multiple aircraft (787-8, 787-9, a330). Each time, the service and overall soft product Hainan offers is impeccable.

“In business class, the small touches truly made the flight incredible.”

From personal greetings and introductions to the on-board chef, Bose noise-canceling headphones, comfortable slippers and pajamas, and the Samsonite amenity kit featuring Clarins products and the usual dental kit, earplugs, and eye mask. The crew was faultless and always passed passengers with a genuine smile. The food and wine menu were great as they incorporated both traditional Chinese and international options. The business class also offers a full-service bar, so passengers can constantly snack throughout the flight. Overall, the flight was incredible.

Nonetheless, there are some negatives. Due to strict competition in China, only certain airlines can fly certain routes. Unfortunately, this means Hainan Airlines is unable to fly popular routes. Although there is a Manchester to Beijing service, Hainan Airlines’ London route to China only goes to Changsha. Where is Changsha? Well, it’s a densely populated city with around 7.5 million people in the Hunan province, which most people (outside of China) have not heard of. It is not a tourist location and there is nothing to rave about the airport.

“Essentially, it’s not the route you would want to take.”

There are many connections in Changsha from Europe to Australia, which albeit being a popular route is not exactly seamless. I have flown on Hainan Airline’s business class on the 787-8 Dreamliner and economy on the 787-9. Each time I have had an unusually long layover in Changsha requiring an overnight stay. The process of obtaining China’s 72-hour transit visa is not-so-effortless. If Hainan Airlines could make its connections between Europe to Australia more seamless and quicker. Then it would be my number one airline for cost and quality for the so-called “kangaroo route”.

Other downsides include the business and first-class lounge and the in-flight wifi. The lounge tends to be shared and is probably my “low point” of the journey. Not to mention that it was fairly difficult to find much information or a Hainan Airlines new business class review anywhere. The wifi can be temperamental, to say the least, and is not available on much older aircraft yet, but at least there is that potential option unlike many other Chinese carriers flying long-haul.

The seat maps are outdated on their 797-9 and even A330s. Therefore, it was certainly a pleasant surprise that my recent business class flights were all on their new reverse herringbone product. Economy seats have been drastically improved to match. Moreover, the newly upgraded competitive hard product really does match Hainan Airline’s quality soft product. This is great news for those traveling to Australia or the far east. Now passengers have more options and do not have to settle for average service on costly flights. Emirates or other Chinese carriers are examples of it. Hainan Airlines is competitive in both its price and product, which is why it is an excellent contender.

Hainan Airlines really do get it right. Happy travels!

Holiday Swap, one world, one app – explore it!

Download our app here and swipe right to travel more.