Travelling in the Time of Corona 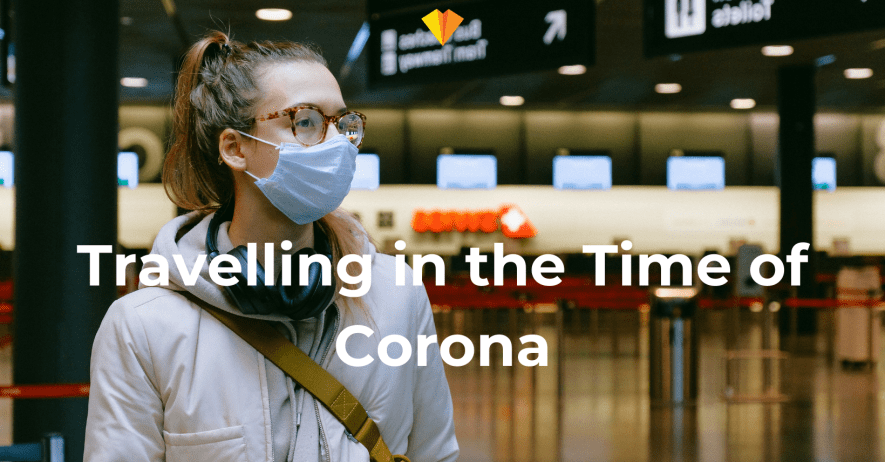 As many countries experience an ease in the time of Corona restrictions, people around the world have found creative ways to continue travelling safely. During the time of Corona, where was a lot of uncertainty, change, and stillness. Therefore, we wanted to share the experiences of those who sought after adventure, visited family, or simply had to escape the home they got to know a little too well over the last few months.

We interviewed Holiday Swap users and avid wanderers who have been travelling over the summer to share the ups and downs of their experiences and to help normalise travelling safely and mindfully during a new era in the travel industry. Over the next few weeks, we will share their stories and hope it provides you with a realistic sense of travelling in the time of Corona.

Today we are hearing from Jarvis and Charlott who both live in London and have taken a few trips around Europe over the summer. They both had different experiences in each destination but overall found that it was worth it.

Jarvis is a full time financial professional living and working in London. He has been blogging about luxury travel since 2014 on his website TheLuxuryTraveller.com and on Instagram as @theluxurytraveller. He once flew around the world in First Class for $1,000 and posted a guide on how to stay in a Maldivian water villa for $400 per night!

Charlott is a professional in the legal and compliance sector in London, where she has been living for the past four years. Charlott travels regularly with friends and family, loves running marathons, and finding the best surf in Ireland.

Q: Where do you live or where have you been quarantining over the past couple of months?

Jarvis: I live in London but have also been spending time in the countryside in Hampshire. I feel like people are definitely focusing a lot more these days on having a garden and space to walk near their homes.

Charlott: I live in London but have split my time between Hampshire with my mother and West Sussex with my boyfriend and his family.

Q: Where have you travelled to? How did you get there? Who did you travel with?

Jarvis: I travelled to Italy with my girlfriend Kamara, shortly after the British government gave the go-ahead for non-essential travel.  I also visited Amsterdam with friends shortly before their numbers spiked and the 14-day quarantine was again in the case.

I flew British Airways out of London Heathrow on both trips.

Charlott: In July my boyfriend and I drove two hours to Petersfield, Hampshire for a camping trip. In July, I flew to Sweden to see my sister and flew to Ireland to see my grandparents in August. When I arrived in Sweden, we caught the train to the city centre but spent the rest of the holiday walking or occasionally catching an Uber. We tried to avoid public transport as much as possible. When I went to Ireland, I rented a car and didn’t take any public transport.

Q: How was your overall experience? Did you feel safe or uneasy at any time?

Jarvis: We had a fantastic time in Rome, Tuscany, and Venice but Amalfi felt very overcrowded. From the moment that we set foot in Rome, we felt extremely safe. There were contactless sanitizer stations everywhere, even in the smallest family-run shops. Every restaurant required contact tracing information before customers took a seat and indoor mask compliance was literally 100%. A lot of public spaces in Italy, like train stations, even have one-way systems in place to avoid people brushing past each other.

Compared to London, the level of organization and adherence to the new rules is off the charts. However, Southern Italy was very different with crowded beaches and squares, and nobody wearing masks. We felt a lot less safe here compared to Northern Italy and even London.

In Amsterdam, there were very few people wearing masks, and looking around the streets it could easily have been the summer of 2019. Our hotel staff complied with increased safety standards. But almost everywhere else it seemed like people were completely ignoring the existence of COVID.

Q: What do you think about it Charlott

Charlott: We travelled with British Airways to Sweden. I felt safe flying with BA; they gave us a disinfectant wipe on board to wipe our seats and hand sanitiser. When entering and leaving the plane, they instructed to leave row by row which was very organised. The plane was empty on the way to and from Sweden, so it was easy to distance from other people. They located hand sanitiser frequently around Heathrow airport and most of the shops and governments closed the restaurants so again it was easy to distance. I felt a bit uneasy in passport control when arriving back in the UK from Sweden as there were long queues and crowded areas. I was also mixed with a lot of people coming back from Spain which just went into quarantine.

When I was in Sweden I felt a bit on edge as they don’t have any socially distancing policies in place. Also, no one wore masks. It was a bit like coronavirus didn’t exist there, so it took some getting used to.

Travelling to Ireland we used Ryan Air which was a terrible idea. There were no socially distancing policies in place and the plane was very crowded and felt really unsafe. In Ireland, We couldn’t leave the house because UK citizens had to go into quarantine upon arrival. So we stayed in a holiday house owned by a family member. Only saw other people outside and 2 metres away.

Q: Do you feel there is still “over-tourism” in the places you visited, or has it been empty? Have either impacted your experience?

Jarvis: Rome was almost completely deserted, and Venice must have been running at no more than 20% capacity. We were able to visit world-famous monuments without waiting in line and were able to eat in top restaurants without making reservations. The experience was equal parts amazing and surreal. Amsterdam and the Amalfi coast were as crowded as ever though.

Charlott: Sweden was generally very empty. Similar to Paris, a large amount of Swedish people leave the city for a month during the summer and stay in their holiday homes. So Stockholm was fairly quiet. In Ireland, I stayed in a small village called Ballina which doesn’t see much tourism. On both holidays we avoided eating in restaurants or going to any indoor attractions (e.g. museums etc.) or anywhere where there was a large crowd.

Q: What has been the most memorable experience while travelling during this time for you?

Jarvis: Seeing the Trevi Fountain in Rome in the middle of the day with only around ten or so people around. Ordinarily, it looks like a mosh pit even late at night. It was the kind of moment you can tell your grandkids about.

Charlott: Wearing a mask for hours the time of corona will be something that will always be hard to get used to. Also walking through major airports like Heathrow during the peak summer holiday period and seeing it empty was very strange. All the unused planes were parked outside and most of the airport was closed. It was odd to see and just so different from last year.

Q: Have you had to self-quarantine in any of your destinations (or when you got back home?) If yes, was it worth it?!

Jarvis: No but for Rome it would have absolutely been worth it. I was scheduled to return to Amsterdam in late August but given what I experienced and given that self-quarantine has been reintroduced, I cancelled the trip.

Charlott: I self-quarantined for 2 weeks coming back home from Sweden and I self-quarantined when I arrived in Ireland for the duration of the trip with the exception of an hour exercise which we were allowed to do outside. Both periods of quarantine were worth it because I got to see my family! But I wouldn’t have done it to just go on a summer holiday.

Q: What advice would you give to travellers during these unprecedented times?

Jarvis: Don’t miss this once in a lifetime opportunity to travel without the crowds and with significant discounts. As long as you do your research and pick a location that is handling the time of corona well. You’ll likely have an amazing time and will be doing a lot of good for the sectors of the global economy that have been most hard hit.

Charlott: Pack a lot of hand sanitiser with you and always wear your mask!!! And when you’re wearing your mask make sure your nose is also covered. It’s really simple but so many people seem to struggle with how to wear a mask properly! As so many countries go back into lockdown I would also suggest monitoring the rate of R in the country you’re about to visit. In this way, you can avoid having to quarantine when you get back.

We have learned how cities have come together to strengthen their communities. Despite the health and economic trauma that has impacted us globally, we can still explore new places. We can visit our favourite cities, visit family, and take trips with loved ones. In our upcoming stories, we will hear about road trips in the U.S. and France, having to quarantine in beautiful Switzerland, and island hopping in Greece.

Holiday Swap is here for you to start making your future travel plans.