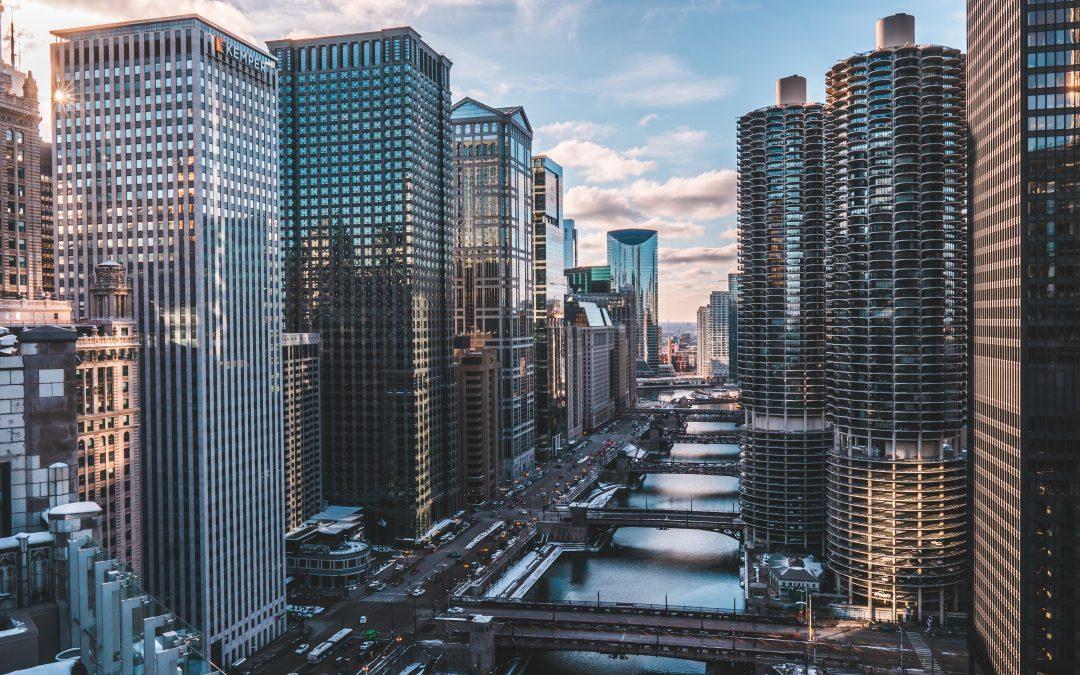 Thanks to Holiday Swap, it is possible for everyone to travel wherever they desire in the world! Accommodation expense is not a problem anymore as Holiday Swap guarantees that you will find a place to stay for your next holiday.

Thanks to its vast network, you can share your home or apartment during the holidays with people worldwide! Holiday Swap is free and safe to use, making you feel like a local while discovering your new country!

Chicago “The land of skyscrapers”

Chicago, a metropolitan area, located in the state of Illinois, is the third-largest city in the United States. The Windy City, which is graced by the freshwater Lake Michigan’s outline, is renowned for its vibrant and diversified neighborhoods.

Chicago, which has a population of over 3 million, is a vibrant metropolis. The city never ceases to wow, whether it is with its music, art, humor, or architecture. Chicago’s ornamental points of pride are its tall skylines and the clear, blue waters of Lake Michigan. Chicago is home to many gems, including sandy beaches, unique museums, outstanding parks, diverse neighborhoods, entrancing house music, mouthwatering cuisine, and expensive shopping.

What To Do in Chicago?

There is a lot to do in this energetic city, so you might want to stay a little while longer. Chicago is at its best between September and October and April through May; when the weather is good, a variety of festivals are happening, and the crowds are manageable. We chose 5 best places in Chicago, among many others, for you:

Daniel Burnham and John Root designed it in 1888, but Frank Lloyd Wright redesigned the interior lobby and terrace in 1907. The façade of this 12-story structure is in the Roman Revival and Queen Anne styles. Still, the actual architectural highlights are the central light court and the decorative ironwork on the grand staircases.

The Rookery is a structure that is included on the Register of National Historic Places and received its name from the huge number of pigeons which frequented it. The building, as well as other locations, including the Bach House and the Robie House in Hyde Park, are also open for tours by the Frank Lloyd Wright Trust.

The Chicago River, which flows parallel to the lakeside through the center of the city, is renowned for having many movable bridges. There are 18 bridges in just two miles, and they can all accommodate huge boats.

Visitors may get a close-up view of one of the city’s most iconic bridges’ mechanisms at the McCormick Bridgehouse & Chicago River Museum, where you can literally watch the gears turn as the bridge moves. There are numerous dining facilities on the Riverwalk, which also often holds special events. Several river trips and cruises also leave from the Riverwalk.

The 18-mile Lakefront Trail, which is fully paved, runs from 71st Street on the South Side to Ardmore Street on the North Side and provides stunning views of the city skyline and Lake Michigan. It is accessible to pedestrians and vehicles propelled by people, and it is bordered by beaches as well as gardens, parks, and recreation spaces. Along the trail are many of the city’s greatest attractions, including Navy Pier, Lincoln Park, and Soldier Field.

Chicago’s largest park, Lincoln Park, is a six-mile length of open space next to Lake Michigan. The gorgeous Lincoln Park Conservatory and the Lincoln Park Zoo, one of the nation’s oldest zoos, are located in this well-liked park. The Peggy Notebaert Nature Museum and the Chicago History Museum are also nearby.

There are beaches, jogging pathways, biking trails, and playing fields for people who just want to relax outside. The park’s grounds contain a number of noteworthy sculptures and works of public art, including Augustus Saint Gaudens’ Standing Statue of Lincoln (1887).

The Navy Pier was initially built in 1916 as a shipping center and entertainment area, but it is today one of Chicago’s busiest tourist destinations. Today, the Navy Pier is a 50-acre complex with gardens, amusements, stores, dining options, performance halls, and parks. In Navy Pier Park, there is a 150-foot Ferris wheel and a vintage carousel.

The Chicago Shakespeare Theater, a one-acre, six-story indoor botanical garden, the 3D Imax Theater, and Crystal Gardens are more options for visitors to enjoy. The Chicago Children’s Museum is also nearby. The Chicago Festival, which takes place in August, is one of many events held along the Pier throughout year. From here, cruise ships depart on numerous tourist trips.

The bigger Grant Park, which is situated in the heart of Chicago, includes Millennium Park. Its focal point is the 110-ton sculpture Cloud Gate, whose mirror-like, polished stainless steel surface was modeled after liquid mercury. It reflects the area, including the sky, the surrounding structures, and the tourists passing through its main arch.

Crown Fountain, a unique contemporary rendition of the historic gargoyle that creates the illusion of water spilling from the mouths of projected pictures of Chicago residents, is another must-see attraction in Millennium Park. The Jay Pritzker Pavilion, an outdoor concert venue, and Lurie Garden, which is free to enter year-round, are two more well-liked activities in this area.

What is holding you back? Register for free to see various homes and apartments wherever you need. And that is not all! Want to earn $350? Download Holiday Swap, which enables traveling the world for 90% cheaper than expensive hotels, and make $350 as soon as you complete your profile. Now it’s your turn! Download Holiday Swap now and travel the world for free with the earned tokens.