Happiest cities in the world 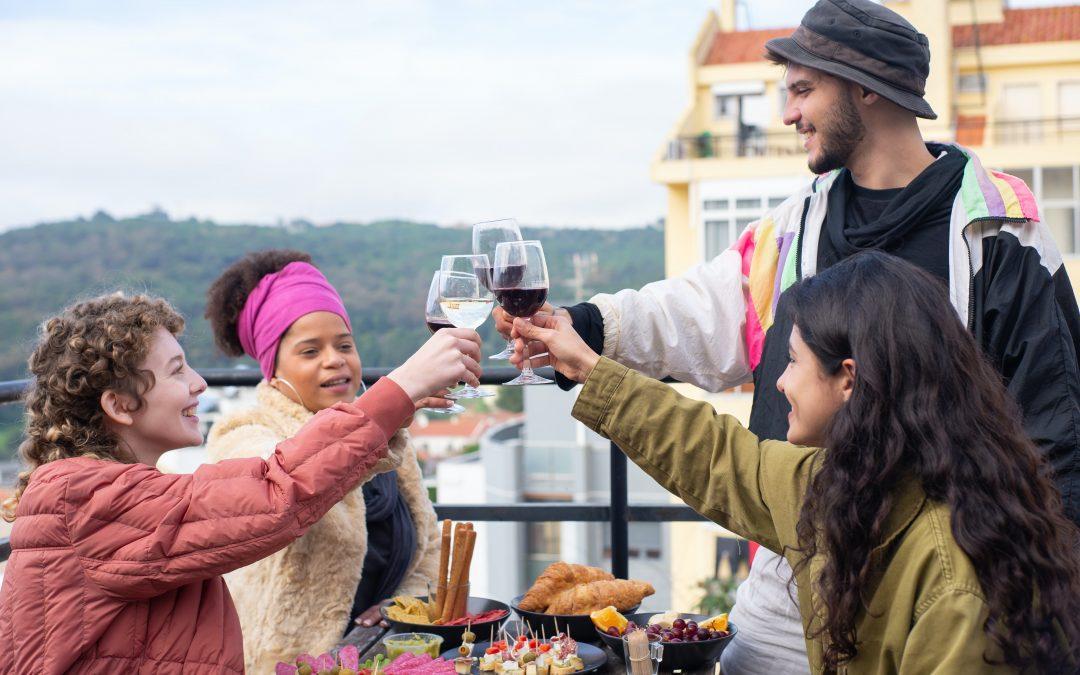 The 186 cities in the globe were ranked based on their level of subjective well-being in the 2022 World Happiness Report. Additionally, we can now determine which city’s citizens gave their current life the highest rating by examining the Gallup World Poll data from more than 160 nations and 99% of the global population.
Here is the list of the happiest cities in the world according to the 2022 world happiness report and why they are happy:

Finland has held the title of the world’s happiest nation for five years running. Even though COVID-19 caused an economic downturn in the Nordic country, its 5.5 million inhabitants still have a positive outlook on their government and way of life. Finland sets the bar high with a total score of 7.821 out of 10 due to high GDP per capita, social support, a long life expectancy, and generosity.
With beaches, lakes, islands, and woods among its natural riches, it is not surprising that the Nordic nation maintains a high level of happiness among its citizens and draws in millions of tourists eager to share in Finnish bliss.

Denmark held the title of the world’s happiest nation for a very long period. Many factors still contribute to the nation’s continually high position, including a stable government, free education and healthcare, and respect for human rights, even though it dropped to number two.
Additionally, its inhabitants don’t have to travel far to access the region’s natural treasures due to its size. They are numerous as well. There are many places to unwind and appreciate the present moment, from windswept islands and deep blue lakes to white-sand beaches (yes, Denmark has these, too).

This year, Iceland earned the bronze medal with a score of 7.557. A little over 366,000 people call the island nation, which is about the size of Kentucky, home, with the majority of them residing in the capital Reykjavik.
Icelanders are optimistic because of a high standard of living, low crime rates, free high-quality education available to all (99% of the population is literate), and low unemployment rates that are now back to pre-pandemic levels.
However, the tremendous natural beauty of the nation has a significant impact on people’s well-being as well. Iceland is home to dramatic volcanoes, ice-covered glaciers, lush green plains, stunning waterfalls, lovely hot springs, and magnificent fjords.

With good cause, Switzerland frequently ranks among the happiest nations in the world. The high GDP per capita, substantial social assistance, and low levels of corruption foster a sense of trust among the populace.

But Switzerland is also much more than just a nation of upscale watches, banks, and chocolate (although we are confident that chocolate greatly enhances happiness). The majestic Alps cover roughly 60% of the nation. The Swiss have access to more than 1,500 lakes, so they can always find a tranquil retreat in the mountains or a dreamy break by the water.
Netherlands
This northern European nation again took fifth place in the World Happiness Report with a total

score of 7.415 points. Its citizens have the best work-life balance in the world, outstanding educational opportunities, low crime rates, and a high standard of living.

It should be no surprise that the Dutch have a high level of life satisfaction given their rich and fascinating history, thriving arts community, and stunning natural surroundings (we’ve got two words for you: tulip fields).

In the report this year, Luxembourg is a new participant. The population of the tiny nation, which is tucked between Germany, France, and Belgium, is just over 640,000. It also ranks first in diversity, even though it is not one of the most populous nations in Europe. People from more than 170 different nationalities live there, making up over 50% of the population. Additionally, Luxembourg receives nearly 200,000 commuters each day from its neighboring nations.
Multiculturalism is undoubtedly one of the best aspects of its society. It is simple to understand why Luxembourg deserves to be listed among the top 10 happiest nations in the world, given its high GDP, long life expectancy, ongoing social assistance, and wide range of outdoor recreational activities (cycling is essentially a national sport).

The Scandinavian nation dropped one position from the previous year to rank seven. Still, its score is marginally higher now at 7.384 as opposed to 7.363 in 2021. According to the World Happiness Report, Sweden had the most COVID-19 deaths compared to the other Nordic nations, which may have harmed institutional trust in its citizens.

However, it still receives good marks for social support, life expectancy, and freedom to pursue one’s own interests, which, along with its abundant natural resources, account for why it consistently comes in the first place.

The Kingdom of Norway, renowned for its picturesque coastline, impressive fjords, lakes, and ethereal northern lights, actually held the top spot in this ranking in 2016. It is understandable why Norwegians don’t have many complaints given their high GDP per capita, free public education for all pupils, regardless of where they are from, and outstanding educational prospects.

You don’t need to spend much money; having a few essentials and being kind will go a long way. You may make a positive impression by being thoughtful and frugal. And if you want to travel don’t forget to check Top 9 On Budget Vacation Alternatives for your holiday swap!

The Most Surreal Places on Earth

The Best Travel Destinations for Foodies

9 Fun to Do Activities in Miami